Echoes of One other Pandemic: How The Instances Coated the… 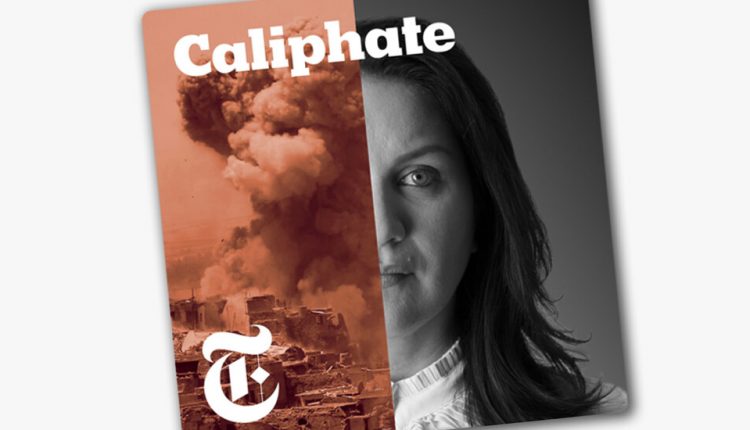 Like other shows of its kind, “Caliphate” had exciting moments and a moody score. There were also two personable hosts in Ms. Callimachi, winner of major journalism awards for her coverage of terrorism and Islamic extremism, and Andy Mills, audio producer and reporter.

The series was developed by Lisa Tobin, executive producer at Times Audio. Sam Dolnick, assistant editor-in-chief; and Mr. Mills, according to two people with knowledge of the podcast. The first episode was released on April 19, 2018 as part of an episode of The Daily. The first words of “Caliphate” were an exchange between Ms. Callimachi and Mr. Chaudhry from a 2016 interview recorded in Canada.

“How is ISIS preparing you to kill people?” Mrs. Callimachi asked.

Mr. Chaudhry, who said he had taken the name Abu Huzayfah as a member of Islamic State, replied hesitantly, saying, “We had puppets to practice with.” In later sections he said he had participated in the lashes and the murders of two people, and described the executions in gruesome detail.

His obvious confession sparked a firestorm in Canada. Politicians asked why an alleged executioner of the Islamic state lived quietly within the country’s borders. When he was arrested on September 25, the Royal Canadian Mounted Police charged Mr Chaudhry under a law normally applicable to anyone making false terrorist threats.

The hoax cast doubt on “Caliphate,” but The Times initially endorsed it. “The uncertainty about Abu Huzayfah’s story is central to any episode of ‘Caliphate’ in which he appears,” a Times spokeswoman said in a September 26 statement. Days later, The Times announced it would review the series, which had been a popular and critical success in 2018. It reached # 1 on Apple’s Most Downloaded Podcast List and later won an Overseas Press Club Award and a Peabody Award.

There were warning signs during and even before the months when “Caliphate” episodes came out every Thursday. In a 2017 interview with the Canadian Broadcasting Corporation, Mr. Chaudhry recounted his time at the Islamic State, which was very different from what he told Ms. Callimachi. In that CBC interview, he said he had “experienced violence on a scale he could never have imagined,” but did not say he attended.

In another interview posted on the CBC website on May 11, 2018, Mr Chaudhry retracted his confession. When asked why he told The Times that he participated in atrocities, he said, “I was childish. I was describing what I saw and basically I was close enough to believe it was me. “