Astronauts on Set: Area Station Could Host Wave of TV…

With Mission to China, W.H.O. Tries to Rehabilitate Its…

In a First, Uber Agrees to Classify British Drivers as…

Aunt Jemima Has a New Title After 131 Years: The Pearl Milling Firm 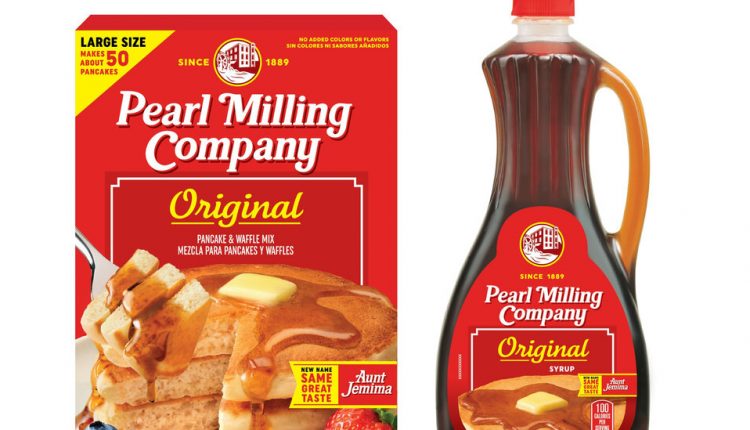 It has been a staple on American breakfast tables for more than a century, but has long been criticized for having derived its name and resemblance from racist imagery.

In an announcement from PepsiCo, which owns Aunt Jemima’s parent company Quaker Oats, the pancake mix and syrup line officially renamed itself on Tuesday and is one step closer to finally giving up its 131-year-old name.

The new name comes from the St. Joseph, Missouri milling company that pioneered the self-rising pancake mix known as Aunt Jemima, according to PepsiCo. The renamed products are slated to hit stores in June.

The change has been in the works since last June after the assassination of George Floyd sparked widespread protests against racial injustice and a nationwide reckoning of symbols of the Old South and their meanings. Several large food companies have come under fire for using racist stereotypes, including Quaker Oats, who said they would drop the Aunt Jemima name, redesign their packaging and pledge $ 5 million in support of the black community.

The company launched a redesigned website for its Aunt Jemima line of products on Tuesday that said, “It was the start of a new day.”

“Last June, PepsiCo and The Quaker Oats Company pledged to change Aunt Jemima’s name and image to recognize that they did not reflect our core values,” the company said on the website.

Products named Aunt Jemima will continue to be available through June, but without the picture of Aunt Jemima’s face, according to PepsiCo, who said in a press release that the company was looking for information about the new name.

“During the effort that led to the new Pearl Milling Company name, Quaker worked with consumers, employees, external cultural and technical experts, and various agency partners to gain broad perspective and ensure the new brand was developed with inclusiveness in mind. ” Said PepsiCo.

“130 years ago, two white men made ‘Aunt Jemima’ syrup,” said Green. “I took an archetype for black slaves and made them the face of their syrup for a profit. That ends today. Aunt Jemima is finally being replaced. These white men made billions to appropriate the blackness and hopefully rot in hell. “

Photos of the pancake mix and the new packaging for the syrup were revealed on Aunt Jemima’s website on Tuesday. They depict a mill with a water wheel and still use the same red, white, and yellow color scheme. Both the pancake mix box and the syrup bottle had a label that read “New Name Same Great Taste Tante Jemima”.

In addition to the rebranding, the newly formed Pearl Milling Company announced Tuesday that it had made a $ 1 million commitment to empower and empower black girls and women. The money comes on top of a five-year investment of $ 400 million to support black businesses and communities and increase black representation at PepsiCo, the company said.

Noliwe Rooks, an author and professor at Cornell University whose work covers race and gender, said in an email Tuesday evening that the company could take additional steps.

“I think a good use of these funds could be to support an advertising agency run by black women that they could hire to consult with them in the future to ensure they have good advice on their branding and advertising plans,” said Dr. Rooks over the $ 1 million.

The character of Aunt Jemima has roots in a 19th century minstrel song that expressed nostalgia for the Antebellum South. Quaker Oats replaced the headscarf on Aunt Jemima’s head with a plaid headband in 1968, and added pearl earrings and a lace collar in 1989.

Last September, Mars Food announced that it would change the name of its uncle Ben’s rice products to Ben’s original and remove the image of an elderly black man smiling from the box.

Cream of Wheat’s parent company also said last September that the black chef would no longer appear on its packaging.