Mississippi and Louisiana have among the worst vaccine…

Want a E-book With That Spider?

WHO warns in opposition to gross sales of counterfeit Covid…

The Lifeless Moose within the Workplace Subsequent Door 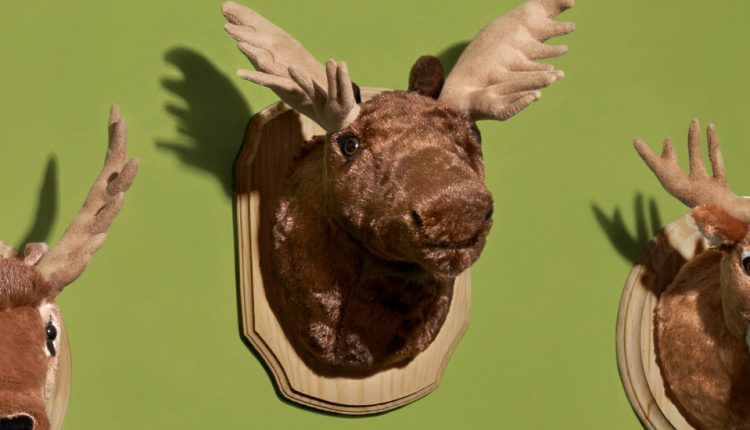 Send questions about office, money, career, and work-life balance to workfriend@nytimes.com. Include your name and location or a request to remain anonymous. Letters can be edited.

I live and work in a small European country where the cost of living is lower than the US. I have someone who cleans up for half a day every week. When I asked about her hourly rate when I hired her, she told me a price that was much lower than I expected and much lower than what I had paid in the US. I asked several sources and it appeared to be the going rate for household cleaning. I thought it was enough to have a living wage. I now realize that it is not and I hope we have brought it to a fairer level.

But I would appreciate your thoughts on how you can determine whether you are a fair employer if you temporarily live in a foreign culture. I’m pretty sure that some coworkers would think me stupid if I paid above the norm, and some would – and have – argued that I am doing them a disservice in the long run because they are unlikely to benefit from their next one Employer receives the same salary. I agree to be mistaken for stupid but hope the second part is wrong. What do you think?

There is nothing stupid in paying someone well, or at least fairly. The mental gymnastics your staff engages in by suggesting that you are doing someone a disservice by overpaying them is ridiculous. It’s a bad reflection on them and how they value the people among whom they live and work. In general, you are paying people the wages expected in a local area, but this should not be taken advantage of. The reality is that people, especially when doing housework, are almost always underpaid. You’re not paying too much to your employee. Pay them even more. Treat them kindly and respectfully. Treat them like you would an American employee whose work you value. This is the right thing to do.

I am a photo archivist for a large company recently hired to preserve its historical photo collection. As I process the images, I pull out interesting photos every month to create an internal newsletter that shows those who have never been seen before. Of course the social media group would like to use them and I will provide the scanned ones and look for others upon request. Recently, members of this team asked me to write a copy for Facebook and Instagram posts. I did, but I don’t love it, mainly because the posts are written as a quote with my name on it. I like to write background information, not copywriting. Now they are asking me to “make little videos that are only 30 seconds long” to talk about my favorite photos. I have severe stage fright and don’t feel like being on social media. I have voiced my concerns and they are fired and even laughed at. The social media manager used to be a television news reporter, is always camera ready and doesn’t understand my fear.

I am fortunate to have kept this non-essential job throughout the pandemic and I don’t want to be seen as difficult, but shouldn’t the social media department be creating this content? Am i out of line?

You haven’t gone out of line for not adding social media content creation to your workload. This is a specialty that is outside of your area of ​​responsibility. It is not difficult for you to have professional limits and so far you have been as team player as can be expected. That’s beautiful of you, and it’s something most of us are reasonably willing to do. I suspect you are being asked to do this job because, as the archivist, you are the person who works with these images every day and who knows them best. That said, you clearly don’t want to do it. Your concerns are important and should not be dismissed or ridiculed. Given that your reluctance to write these posts is related to both stage fright and an aversion to social media, it would be perfectly reasonable to say that you are unwilling to do so. Hold this line. It is also often easier to decline a request by offering an alternative. Perhaps suggest that you can offer two or three discussion points for others to draw on as the videos are produced. I don’t get the impression that you are reporting to the social media team. If you can’t clear this up with them, it may be time to discuss the issue with your manager so he or she can clear this up with the social media team, your job responsibilities, and allow you to get the job done You have been hired for and do your best.