TV Captures the Finish of a Tumultuous Presidency 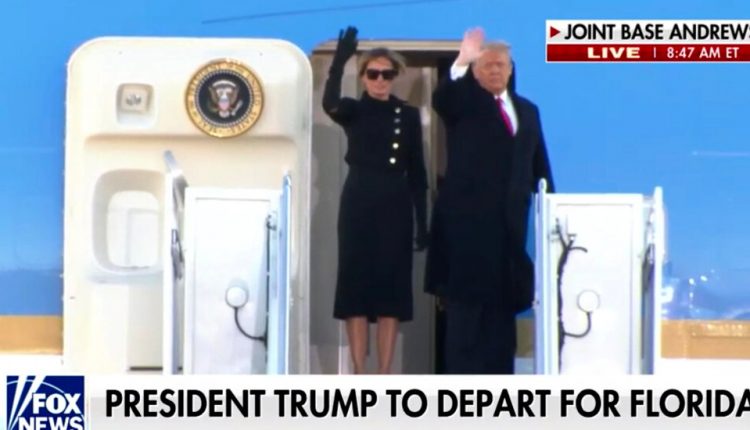 Pomp and celebration, the usual television tropes of the day, were riddled with remarks about a possible outbreak of violence, not an undue concern in the wake of the events at the Capitol. And then there was the absence of Mr Trump himself, the first president in 152 years to skip the inauguration of his successor.

“This is a moment to turn the page,” said 60-minute correspondent John Dickerson. “We have never seen a president try to hold onto the book.”

Marine One took Mr. Trump from the White House to Andrews Air Force Base, where he staged his own farewell scene. Visually, it did not match the patriotic regalia that awaited Mr. Biden in the Capitol. A few chants of “Thank you Trump” could be heard from the small crowd.

This was neither the fearsome protagonist of “The Apprentice” nor the combative activist of his rallies. Instead, Mr. Trump gave a spontaneous and somewhat awkward speech that concluded: “Have a good life.”

In Fox News, the images were overlaid with comments in defense of Mr. Trump. “He never got a break when it came to the press,” Fox & Friends co-host Steve Doocy told viewers. “It must be a little subdued that no one in the history of the American presidency has been beaten as badly as Donald Trump in the past four years.”

Mr Trump retained his role as executive producer for the presidency through to the end. He was walking a red carpet to the Air Force One entrance and got on the presidential plane when the Village People’s disco anthem “YMCA” boomed over the speakers.

The cameras stayed at Air Force One as they prepared for launch around 9 a.m. A familiar Valedictory melody could be heard with muted anchors: Frank Sinatra’s “My Way”. The song reached a climax when Air Force One’s wheels left the ground. On CNN, the panelists couldn’t suppress a few giggles.

Cut to a picture of Mr. Biden and the future first lady attending a morning service. “The Biden family,” said anchor Anderson Cooper. “A new beginning.”

Tiffany Hsu contributed to the coverage.