If You Care About Privateness, It’s Time to Strive a New…

Harvey Schlossberg, Cop With a Ph.D. in Defusing a Disaster,… 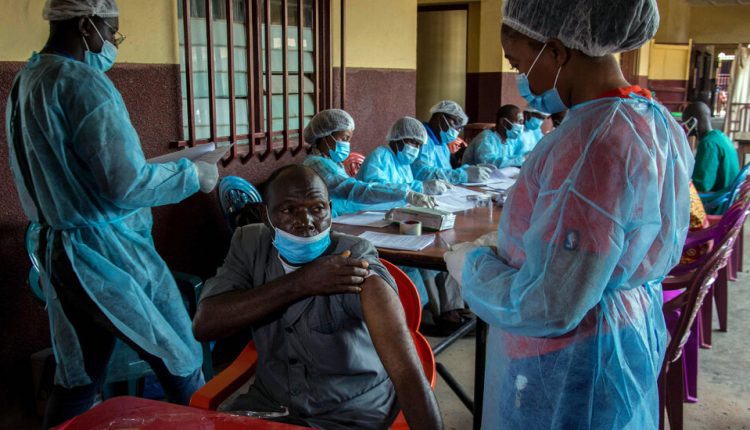 Genetic sequences of virus samples from current patients were compared to those from the 2014-16 outbreak and found to be so similar that they must be closely related, the researchers said. The report, which went online on Friday, involved researchers from the Guinean Ministry of Health, other laboratories in the country, the Pasteur Institute in Senegal, the University of Edinburgh, the Medical Center of the University of Nebraska and the PraesensBio company.

The results were published on Friday by Science and Stat.

“There are very few genomic changes and for these to occur the virus must multiply,” said Dr. Conductor. “I think the virus is mostly in hibernation.”

“Among other things, it shows you the brilliant insights that molecular sequencing of the entire genome can provide,” he said. “Up until that point, we all thought the current outbreak was a result of the transmission of bats from nature. But it probably came from a human reservoir. “

Michael Wiley, a virologist at the University of Nebraska Medical Center and executive director of PraesensBio, which provided materials to study the samples, described the current outbreak as a “continuation” of the previous one.

He said persistent infections and sexual transmission were already detected during the outbreak in West Africa and during an outbreak in the Democratic Republic of the Congo. Every new milestone for virus persistence was a shock, he said: first 180 days, then 500 days and now more than five years after the initial infection.

The US Centers for Disease Control and Prevention said in a statement from spokesman Thomas Skinner: “CDC has reviewed sequencing data from samples taken during the current outbreak in Guinea. While we can’t be 100 percent sure, CDC agrees that the data support the conclusion that cases of the current outbreak are likely to be related to cases in the region during the 2014-2016 Ebola outbreak in West Africa. “

He added, “This suggests that the outbreak likely came from persistent infection, survivor, rather than new introduction of the virus from the animal reservoir. While we have seen survivor-related outbreaks in the Democratic Republic of the Congo, the amount of time between the end of the 2014-2016 outbreak and when this outbreak occurred is surprising, underscoring the need for further research to better understand the complex epidemiology of Ebola. “