Seeing Colour: A Matter of Nature, or Tradition? 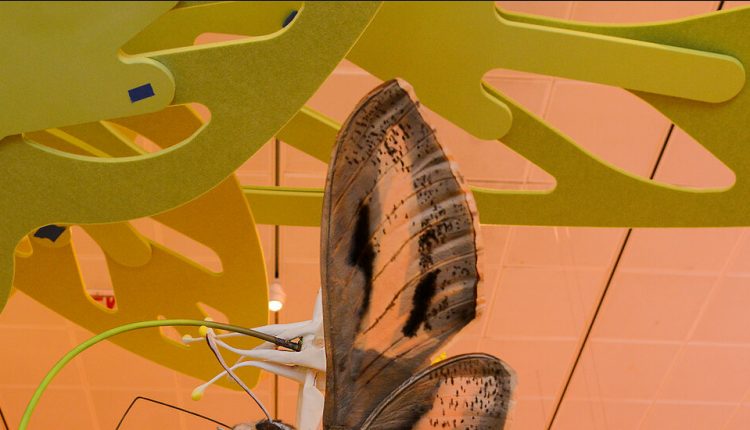 The days have turned gray, the future feels black. We all see red, we all feel blue. Maybe it’s the isolated colors that make us fall; Maybe we need a whole spectrum.

All the shades of the planet are brought together in “The Nature of Color,” a polychrome production at the American Museum of Natural History that deals with chemistry, physics, and culture of the visible spectrum. This exhibition opened in March and then quickly closed along with every other museum exhibition in the city. New hygiene restrictions required the installation to be reopened to remove several interactive exhibits, remove touch screens, and remove games and puzzles.

The exhibition offers old, but above all young, visitors a broad view of color as a scientific and cultural phenomenon – even if it now feels a bit thin for an exhibition with an additional entrance fee. But I’m not the target audience: The masked children in “The Nature of Color” had a great time, cleaning themselves in front of projected lights and staring wide-eyed at their prismatic reflections.

Your eyes don’t see any color, not exactly. They perceive light – especially light with wavelengths from 380 (violet) to 740 (red) nanometers. Light stimulates the cone cells in your retina, and then the brain takes over. As Isaac Newton first showed in his “Opticks” of 1704, color is not an inherent property of objects (with the exception of luminescent objects). Rather, color is the effect of the reflection of certain wavelengths of visible light by an object and the absorption of the rest.

Newtonian crack lessons for children begin in the first groovy gallery of “The Nature of Color”, which is equipped with two oscillating lightbulbs, one white and one yellow. If the yellow ones go on, everything in the room will look gray unless you’re wearing a yellow rain slipper or rubber duck. When the white lights are on everything looks normal, which proves that white is the sum of all colors. Later on in the show, kids can boogie in front of colored light beams and discover the secrets of additive color mixing when they’re not too enamored with their own brightly colored shadows.

We humans have a trichromatic view of the world, with cones that are aligned with red, green and blue. Other species have different perceptions – both bees and reindeer can see ultraviolet wavelengths – and evolutionarily, color has enabled us to find love or food, or to avoid becoming someone else’s lunch. Native to the Philippines and New Guinea, the rainbow lorikeet has wildly colored plumage on its chest (to better attract a mate) but tail feathers of solid green (to blend in better with the trees).

Other species that use color for advertising are the lizard, with an iridescent blue and orange, and the Siamese fighting fish, whose tail is studded with blood-orange fins. As for the pigmentation of our own species, a photo exhibition by the Brazilian photographer Angélica shows that people of all races – the word suitable for a science museum appears in quotation marks in the wall text – classified according to the one true universal color language: the Pantone palette . (I took my own selfie in Photoshop and took a pixel off my skin. With even lighting, my “white” skin appears to be Pantone 481c.)

Surveys confirm that mankind’s favorite color is blue year after year. It was also the most expensive paint made from rare lapis lazuli for centuries of western art history. (You used to paint the Virgin Mary in expensive blue as a symbol of your devotion. If you do this today you may be charged with supporting a terrorist organization: lapis lazuli comes mainly from mines in Afghanistan, many of which are controlled by the Taliban.) Its rarity lasted until the early 18th century when a German paint grinder accidentally contaminated a lot of red with some oil and got a rich aqua that he called Prussian blue. It was the first cheap synthetic pigment and caused a “blue fever” as far as Japan, where Hokusai and other printing companies used the rare imported color.

If blue is the most valued color, then red is the oldest. Ocher-colored clay appears like the specimen here in South African cave paintings that are 73,000 years old. And it seems fair to say that red has the most diverse cultural meanings of each color: love and also anger, happiness and also hurt. Red was supposed to ward off smallpox in medieval Europe; Charles V, King of France, wore scarlet shirts, tubes, and veils when he got the virus. Red means the political left, except in the United States – and even here the Republican Party has only been identified with “red states” since the 2000 presidential election. It’s a shame if your stock portfolio is in the red – unless you live in China or Japan, where red means the price has gone up.

Is color a universal or a specific thing? Is it a matter of nature or culture? In Europe only the highest nobility could wear purple clothing; in China they wore yellow. They wear white for a Buddhist funeral and Christian marriage. Children can explore the cultural meanings of color in an interactive game show with the delightful title “All About Hue”, which is hosted by an anthropomorphic splash of color that they can play live on a smartphone.

And yet, beyond these cultural meanings and beyond the scope of this show, lies a larger debate that is still raging among linguists and cognitive scientists. Unless you are color blind, every human eye captures the same 0.0035 percent of the electromagnetic spectrum. But does that mean that everyone understands these colors roughly the same?

After all, in both the “Iliad” and the “Odyssey” Homer repeatedly calls the Aegean “dark wine” – although it doesn’t look very purple to sun worshipers on Rhodes or Bodrum. In the Karajá language of central Brazil, the single word “ãrè” can mean what English speakers identify as blue, yellow, or green (and women and men use different color names). The Warlpiri in Northern Australia have, it is argued, no words for color at all, but describe chromatic phenomena in a multi-dimensional space of texture, iridescence, or size.

My job is to write about pictures in English. The cones of my eyes aren’t particularly delicate, like a perfumer’s nose might be, but over the years I’ve had to build an extensive color vocabulary: amaranth, gamboge, falorot, tiffany blue. I use these words because I am trying to capture some objective properties like hue, lightness, and saturation – but the colors I see can be a subjective impression that you can reasonably deviate from. And what about the dog that can distinguish blue from yellow but not red from green, or the shark without color perception? Could the shark art critic see things that I will never see without being handcuffed by my rainbow?

The nature of color

Until August 8th at the American Museum of Natural History in Central Park West in Manhattan. 212-769-5100; amnh.org. (Timed tickets required.)

Taiwan Vows to Keep on with Covid-19 Limits